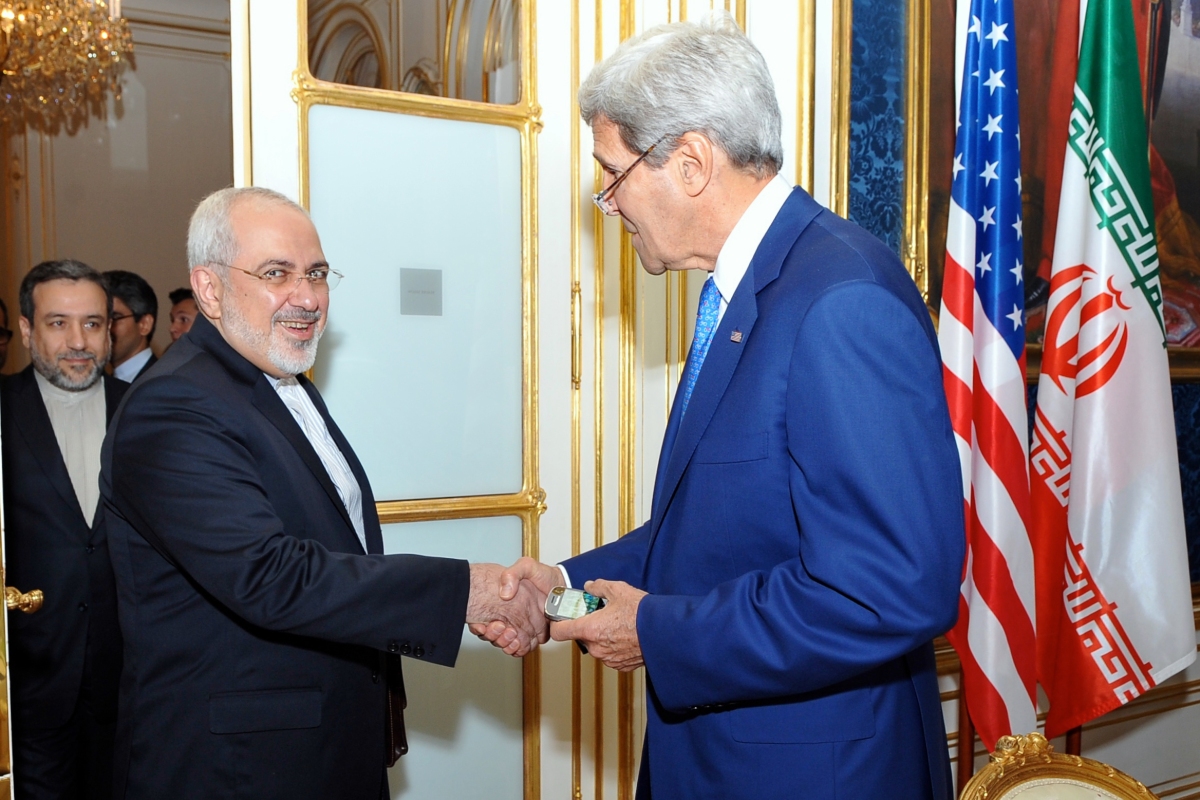 On Tuesday, July 13, the so-called P5+1 major powers — the US, Russia, China, France, UK and Germany — sealed a landmark nuclear deal with Iran.

Below are some early conclusions from members and contributors of the Project for Study of the 21st Century (PS21).

If you wish to contact any directly, please e-mail ps21central@gmail.com.

Please credit PS21 if you quote from this report

As expected, the deal is proving deeply divisive. For its backers, it provides the best hope since the Iranian revolution of bringing Iran back into the international community. For its critics, it is far too soft, still leaving a potential Iranian nuclear bomb on the table in the still quite near future and stripping away many of the levers of influence the outside world had.

The reality, of course, is that it is still too soon to say. Possibly, the return of decent economic growth and perhaps political liberalisation will make Iran much less likely to pursue a bomb. If regional tensions — particularly with the Gulf States — continue to intensify, however, it may end up fueling the very regional arms race it was supposed to stop.

Inkster:  The thing with this deal is that, as Robin Butler observed about the Iraqi (British) WMD intelligence (used to justify the 2003 invasion), it is being asked to carry more weight than it can bear.

Huge geo-strategic significance is being invested in what, at the end of the day, is a pretty technical agreement whose implementation is likely to be subject to constant niggling – and which in any case has a fifteen year sunset clause which in the overall scheme of development of nuclear programmes isn’t all that long.

The Arab world seems likely to begin looking at its own nuclear programmes with Saudi in the lead.

Alvi: This is a major political and diplomatic achievement for Presidents Obama and Rouhani.  Most of the Sunni Arab states and Israel are not happy with the deal, nor are they happy with the United States.  They are highly suspicious of Iran’s intentions, agendas, and potentially deceptive courses of action even within the framework of this deal.

President Obama has commented that this deal is not built on trust, but rather on verification.  The naysayers will only be satisfied – albeit partially – with rigid inspections that do not let up on placing Iran under the microscope throughout the 15 years.  It begs the question, though: do they not see that the absence of a deal would make the situation in the region more precarious?

Should the Iranian regime be trusted with this deal?  Probably not completely, but that’s exactly why their nuclear program should remain under the microscope.  That’s likely to happen, at least for the next 15-25 years.  That’s not a bad thing.

Mostaque: It’s a good deal with regards to its primary aim of curbing an Iranian nuclear breakout that falls in line with our expectations from March in its details.

Rather bad for oil and related markets, rather good for the Iranian stock market and those interested in investing in quite possibly the most interesting market in the world and one surprisingly easy to access once Banking/SWIFT sanctions are removed.

Geopolitically it adjusts the balance of power in the region, but not alarmingly. Obama will use his remaining months to force it through. I doubt the new President will reverse it unless Donald ascends to power.

Sanctions removal seems gradated and surprisingly broad including some I thought wouldn’t come off given Iran’s continued designation as a state sponsor of terror. Banking/SWIFT sanctions are key and will come off with IAEA verification

Hartwell: The Obama administration has taken the view that the Iranian nuclear issue should be dealt with in isolation of the other areas in which Iran is seen as a regional threat, be they Tehran’s support for terrorist groups in Lebanon or the Palestinian territories; its interference in Iraq; or its support for the Assad regime in Syria.

The nuclear agreement announced with Iran on 14 July confirms this view and, whether Obama’s opponents like it or not, it constitutes a significant foreign policy victory, appearing to lock Iran into an intrusive, albeit managed, verification regime and a long-term staged lifting of the most important sanctions related to Iran’s missile and military technological development. So-called ‘snap-back’ arrangements for the rapid re-implementation of sanctions add a further layer of security that should help win over some of the deal’s sceptics among the president’s own Democrat allies.

The next question is how this will follow across into the broader geopolitics of the region. In the battle against Islamic State, Tehran does find itself on the same side as the US and many others in the region.

This fight, however, is seen a considerably lower priority by many Sunni states in the region — probably including Saudi Arabia — than their broader confrontation with the Shi’ite power bloc led by Iran. This is particularly true in Yemen, where Tehran-backed Houthis face a Saudi-led alliance

In recent years, the US has tended to ally with the Sunni. It may now simply find itself caught in the middle.

Inkster: The agreement is highly unlikely to translate into a wider US-Iran rapprochement.   Indeed it is quite likely that Khamenei may have to give the more extreme elements of the regime their heads to show that he has not gone soft, so we may see more egregiously bad Iranian behaviour in the short term.

They (the Saudis) are unlikely to be able to purchase a self-assembly bomb but may invest in the precision-engineering skills needed to make their own – not necessarily with inputs from the Pakistani programme as these are easily monitored.

Alvi: Also, regarding this deal, the Sunni Arab states do not like the idea of lifting any sanctions against Iran, because they see it as an opportunity for Iran to empower itself.  The reality is that Iran has managed to empower itself already, even while enduring harsh sanctions.  Look at how far and wide Iranian influence has reached throughout the Middle East, especially in Iraq in the post-U.S. invasion era.  Iran has also managed to manufacture and maintain its missile program, existing nuclear program and its still-strong military, its support for Hezbollah in Lebanon and Bashar al-Asad in Syria, and a host of media channels and online activities.  In the U.S., you can watch Iran’s Press TV in English, and you can follow President Rouhani and the Supreme Leader Ayatollah Khamene’i on Twitter.

Moreover, there is another side to the regional public opinion.  During my time in the Middle East, I often heard opinions criticizing Israel’s deceptive ways of creating and sustaining a nuclear arsenal, while the U.S. turns a blind eye.  The same is often pointed out about those countries that have built nuclear weapons programs outside of the parameters of the Non-Proliferation Treaty (NPT), which regulates nuclear programs.  Such countries include Pakistan, India, and North Korea.  Many in the Middle East region and even globally feel that Western powers exhibit gross hypocrisy in enforcing the NPT.

It remains to be seen how this will fit into the war against Islamic state.

Hartwell: The problem that policymakers in the West are likely to face, if they are not facing it already, is that bringing Iran officially into the coalition against IS would probably be good policy but bad politics.

Iran is already an unofficial participant in the war against IS through its support for Shia militias leading the Iraqi fightback against the group and by its support to Syrian regime and Hezbollah troops fighting IS in Syria and already therefore sees itself as part of the solution to the IS threat. Embracing Iranian support could allow intelligence sharing and co-operation.

It might even permit more informal and indirect tactical military co-ordination of the type that has surely already occurred in Iraq. Presenting a united Sunni-Shia-Western front to IS would also go a long way to combating the anti-Shia, anti-Western narrative that IS has fomented with the aim of provoking region-wide sectarian conflict.

There are of course no guarantees that Iran could be trusted to not use the legitimacy bestowed on it by such an ‘alliance’ to simply increase its level of interference in Iraq, Syria and Lebanon.

Formally embracing Iranian assistance brings with it many uncertainties, but surely no more than continuing to exclude Tehran from that rare thing in the Middle East – a fight against a genuinely common enemy.

Inward investment to Iran could now be relatively dramatic. Its stock market is now described as one of the “most interesting” in emerging markets. Its economy will now have access to technology — such as new aircraft — denied for a long time. Its underinvested energy sector will now have the opportunity to thrive.

The arrival of its oil on the market, however, may undercut already faltering global prices.

Mostaque: It is worth noting that Iranian oil is fairly low cost and the current outline of new production sharing agreements looks attractive, so this is oil that is highly likely to come to the market versus higher cost fields elsewhere. Iran has proved oil reserves of 160n barrels, 10% of the global total and the world’s largest proved gas reserves at 34 cubic metres (18% of global total). Not all Iranian crude will be exported however as it already consumes 2mbpd a day and sanctions removal will allow it to diversify downstream, with the bulk of production increase occurring in 2018-2020.

Ultimately, Israel — and Prime Minister Benjamin Netanyahu — may be the biggest losers here. Unless they do with the political battle in Washington to block the deal, their attempts to swing US foreign policy has failed.

The risk of a unilateral strike on the nuclear program remains.

Hartwell: Israel’s opposition remains absolute, and it has become increasingly clear in recent months and years that little short of a military force-backed sanctions regime that threatened the removal of the Islamic Republic would suffice for Israel’s security needs, as defined by Prime Minister Binyamin Netanyahu. The conclusion of this deal therefore leaves Israel isolated, with few credible diplomatic or military options to pursue. Obama’s threat to use the presidential veto to ensure the agreement passes through Congress merely adds to the lack of avenues open to Israel to block a deal many in the government regard as akin to Chamberlain’s 1938 Munich Agreement with Hitler.

Israel’s problem, as it has been for many years, though, is that many of its closest allies simply do not share its apocalyptic analysis of Iran’s intentions and motives, and Netanyahu’s failure to meet his allies halfway or to try to build a more constructive case against a nuclear deal with Iran amounts to a major foreign policy error of judgement. 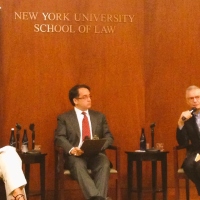