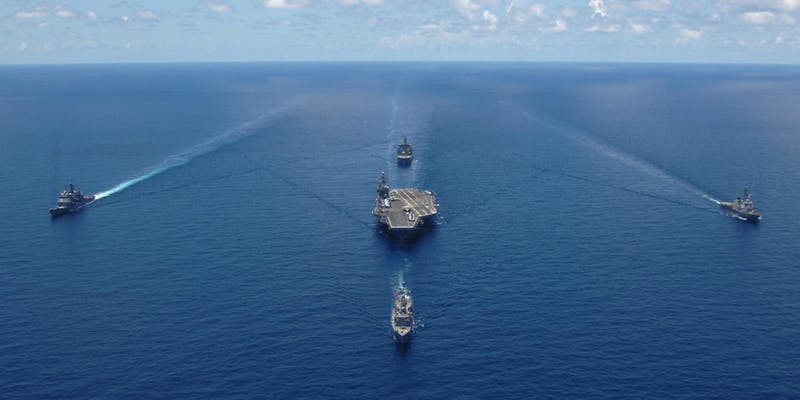 Dr Chris Weston, an international business consultant on risk management, began by drawing a broad picture of the nature of the regional dynamics, specifically related to the economic dimension. Dr Weston challenged the core tenets of the liberal peace theory by arguing that economic ties between the US and the China do not make conflict completely unimaginable. He drew on the specific example of the parallel between Britain and Germany before the start of World War 1. This helped to feed into narratives of a return to Great Power Politics. Dr Weston then pointed to US tariffs on China, the South China Seas and the unilateral withdrawal of the US from INF treaty and even the Postal Treaty of 1873 as a clear evocative of the skirmishes between Great Powers. The conclusion was optimistic that we are not destined for a war or even a Cold War. However, Dr Weston did suggest that the US are clearly signalling that they want a change in the nature of the relationship as current events show.

David Li, an Asia-Pacific analyst with the economics and risk team for HIS Markit, segued into the specific manifestation of the China-American relationship in the South China Sea. He outlined the current state of play in the South China Sea by arguing that China’s military build-up in the region is already complete and that this has helped to ensure China’s dominance in the region. However, Mr Li noted that there has been considerable reactionary build-up in this region, broadly supported by the US, that might help to challenge Chinese influence in the region. Mr Li then looked at the drivers for China’s aspirations for dominance in the South China Sea by looking at the internal dynamics of the CCP. He, thus, outlined two camps: the hard-line approach personified by the Chinese military that aspired to exert control in the region and the moderate approach led by diplomats who wanted a more conciliatory approach to China’s rise in this region. However, it was argued that the hard-line approach has largely won out but that this approach will cost it dearly with ASEAN and Indian Ocean countries.

Deepa Kumar, analyst at HIS Markit country risk team, picked up where Mr Li left off by stating that China’s dominance in the South China Sea has led to an increasing role for ASEAN and India in the region. Ms Kumar argued that China’s dominance necessitated a response from these countries given the South China Seas importance for trade in the region. Ms Kumar assessed that ASEAN countries are dependent on China FDI flows so will push for a more diplomatic response. This would be a more logical approach given that there is particularly diplomatic strength as an institutional bloc. Ms Kumar then turned her attention to India which she stated would form a cornerstone of any US strategy towards the South China Sea. Drawing on David’s analysis she argued that with Chinese military build-up in the South China Seas the Indian Ocean would become the next battleground. Ms Kumar concluded by stating that whilst ASEAN and/or India will not themselves escalate events if China escalates these countries will have no choice but to respond. 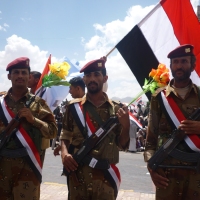 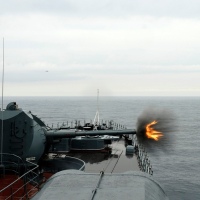