Peter Apps is Executive Director of Project for Study of the 21st Century (PS21). Follow him on Twitter: @pete_apps

This week, Britain finally buries — or rather reburies — the Dark Ages.

On Thursday, King Richard III — England’s last medieval monarch — will be interred in Leicester Cathedral, almost three years after archaeologists dug his remains out of a car park run by the local council.

The death in battle of a king known to history for badly needing a horse and for a hunched back, marked the end of the medieval period in England. His replacement, Henry Tudor — the victor at Bosworth Field in 1485 who became Henry VII — is seen as a very different man, a much more modern king for a much more modern era.

As Richard fought in battle and died in vain, the world — or at least Europe — was beginning to make some huge leaps forward.

Life in the 15th century remained seriously tough. It was more than a millennium since the fall of Rome and collapse of its empire in the West, but life worse than when the legions left in 410. Even by 1485, the roads were less navigable , trade had diminished, and the population, while larger, was almost certainly much less literate.

In some ways, Richard was little more than a post-apocalyptic warlord, a leader operating in a rough, world where central authority was always on the brink of collapse.

The clash of Christianity with Islam could stop wars in Europe, powers uniting to take the Holy Land during the Crusades had proved that. Most local conflicts, however, were simply about power. It was, essentially, a “Game of Thrones” world.

All of that, though, was about to change very quickly. By the 1550s, bibles would be everywhere — not just in Latin, but increasingly in modern languages too, fueling the Reformation, Christian religious wars, revolutions and unrest.

Science, technology and exploration were also leaping forward. Muslim forces were all but ousted from the Iberian Peninsula. In Spain, Portugal and Italy the Renaissance was beginning to gain traction. Along the coast of Africa, Portuguese sailing ships were pushing past the equator into the southern hemisphere, almost certainly further than the Romans had gone. Columbus would sail for the Americas within seven years of Richard’s death.

A military revolution was underway, too. By the end of the Wars of the Roses, basic artillery and even handguns were in circulation — but they were rudimentary and cumbersome. Battle was still the preserve of heavily armored cavalry and infantry with pikes — a long, thrusting spear that almost certainly killed Richard. Had a Roman legion being thrown forward 1,000 years in time to Bosworth Field, it might still have won the day, if only because of its legendary sense of discipline. A century later, it would have been cut to pieces in minutes by sophisticated projectile weaponry.

After Richard’s death, there were huge changes in administration. Richard’s replacement, Henry VII, was an administrative genius who helped shape how many regimes after were to function, both in and out of England. He divided the public finances into the Exchequer — the funds and accounts of governments — and the Chamber — money controlled by the ruler himself.

In doing so, he helped create modern government — just as in Tuscany at the same time, the merchants of Florence were creating modern banking.

In many ways, the work done by the archaeologists and forensic scientists who examined and identified Richard’s bones has further enshrined his death as the moment truly modern Anglo-Saxon history begins. Before it, historical accounts are still shadowy, the number of sources limited, rumor and doubt widespread. By using present-day technology to examine Richard’s death, however, we have a greater dose of clarity. We don’t know, of course, whether he really shouted “my horse, my horse, my kingdom for a horse” as William Shakespeare has him do. We do, however, know that, by the end, he was likely off his horse and fighting on the ground. And that he was killed by multiple blows to the skull “by several assailants with weapons from the later mediaeval period.”

History, of course, tends to focus on the victors, and Richard was especially unfortunate in that his story was indelibly written by Shakespeare, who happened to have a Tudor queen — Elizabeth — to please. For centuries, the fate of Richard’s body remained largely unknown, and his legend vile.

Several books 20th century books have tried to shed a kinder light on Richard (including Josephine Tey’s outstanding Daughter of Time), but perhaps modernity’s greatest gift is simply having clearly identified his body. Now, the last Plantagenet king will have a proper tomb in a proper church.

This piece originally appeared on Reuters.com on March 25, 2015. 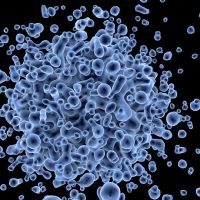