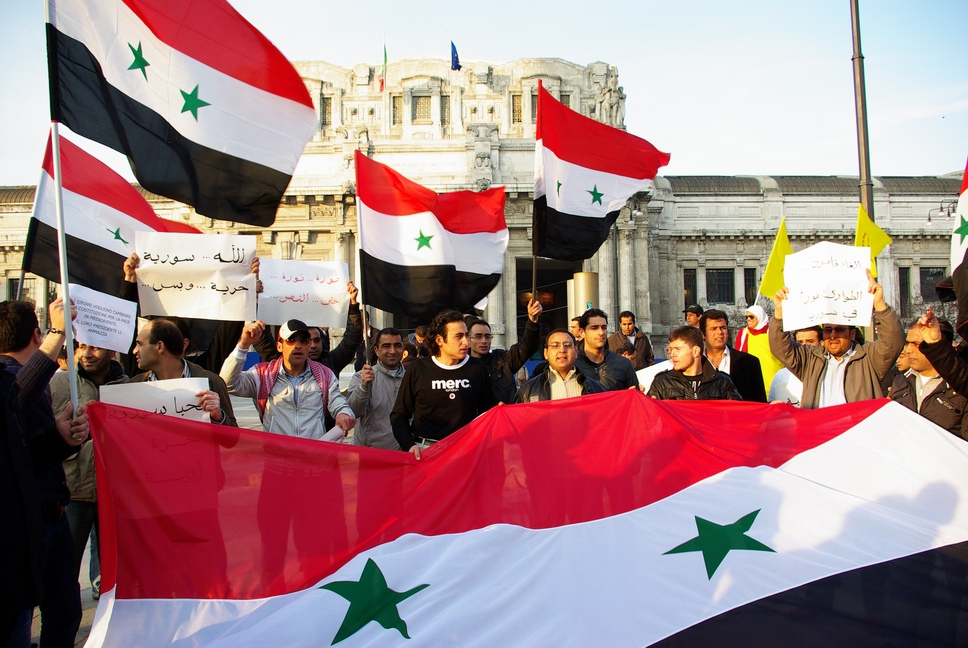 Scroll down to content
The now famous exhibit of the “Caesar photos” has recently made its way into the halls of U.S. Congress, where lawmakers and visitors can bear witness to one of the most atrocious violations of human rights in recent times. The photos show thousands of bodies of Syrians who apparently died from torture and starvation in the country’s notorious political prisons. They were smuggled out by a former Syrian Army photographer, now codenamed Caesar, and have found a near-permanent home at the Holocaust Museum in Washington, D.C.
Thousands of Syrians remain detained today under similar conditions, and those who survive and are lucky enough to be released remain haunted by the faces of their fellow inmates, left behind to an unknown fate.
Click here for an intimate interview with one of the survivors, a young man who recalls his few months in detention in 2012 after he and his friends organized a peaceful protest. Voices Unheard podcast host and PS21 global fellow Rasha Elass spent hours interviewing him in Arabic. This is an abridged version of his moving story, delivered by an actor in English.