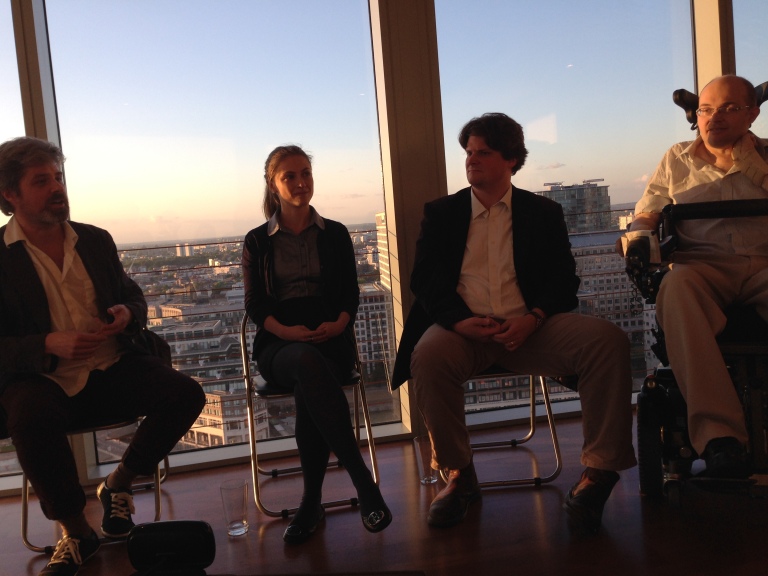 We’ve been celebrating another milestone at PS21 this week with our first event hosted by the Cabinet Office in London on Tuesday, 4 August. Looking at the Middle East after the historic deal between the P5+1 great powers and Iran, the discussion panel included Ari Ratner, former State Department political appointee and PS21 board member, Lara Fatah, Iraqi Kurdistan-based former journalist and PS21 global fellow as well as David Hartwell, founder and managing editor of Middle East Insider. Chaired by Metsa Rahimi, regional head of intelligence within corporate security and business continuity at Deutsche Bank, it was an engaging discussion with some great insights on the impact of this deal. The transcript and a report for this event will be published shortly.

We also hosted a great event in DC on managing tensions in Asia.  As China becomes ever more assertive over its claims to disputed islands in the South China Sea and beyond, regional tensions have risen faster than ever before in recent history. We had a great panel of Washington-based experts to discuss how conflict can be avoided and where the risks really lie. Moderated by independent geopolitical analyst and PS21 global fellow Milena Rodban, the discussion panel included Harry Kazianis, executive editor of The National Interest and senior fellow for defense policy at the Center for the National Interest and Shannon Tiezzi, managing editor of The Diplomat, as well as Scott Cheney-Peters, chairman of the Center for International Maritime Security (CIMSEC). The transcript and a PS21 Report for this will be published shortly as well.

We have some exciting events planned for London from this September. Topics include the dark web, managing humanitarian emergencies, markets and geopolitics, Afghan reconstruction and outside views of British defense.

We’re currently awaiting final confirmation of several exciting events later this month in DC. Topics include US-Israeli relations and the future or Iran, both tied to the nuclear deal last month.

Tom Bruxner is a former member of the British Army and is currently a commercial project manager at Newton Investment Management. He is a global fellow with the Project for the Study of the 21st Century. Read his piece,  “Women in the Infantry? Good God!” – A Retiring Infantry Major’s Perspective for some great insight into one angle of the infantry.

We also published a Roundup of Our Top 5 Posts on Social Media. Social media networks have been around for a while, but it’s only in the last decade that they’ve evolved into a tool used by activists and extremist groups alike. Take a look at this for our best blog posts on the topic thus far.