Milena Rodban is an independent geopolitical risk consultant and global fellow at PS21. She tweets at @MilenaRodban and blogs at MilenaRodban.com.

I’m currently writing a book on the tradecraft of political risk analysis. I use the word tradecraft not because I’m suggesting that political risk analysis involves the same type of cloak and dagger tactics of espionage, but because I believe the best analysis is done by analysts who complement their research with experience in the field, talking to locals, surveying environments first-hand, and constantly accumulating new experiences, not just sitting at a desk. Political risk analysis is not just summarizing information found on the Internet; it is the result of research, discussions with experts, on the ground experiences and advanced analysis, involving not just raw data, but also a good deal of creativity.

My draft thus far does not paint the political risk industry — by which I mean firms from which other companies purchase political risk analyses — in a flattering light. In fact, the state of the industry appears to be quite tenuous, and it’s no secret. When I had the chance to speak briefly with Nassim Taleb at the Fletcher Conference on Managing Political Risk at Tufts University in March, and told him that I’m a geopolitical risk consultant, he gave me the sort of sad smile that I imagine people reserved for proud typewriter repairmen circa 1998. At best, most people now see political risk firms as glorified research services with poor track records, and at worst as dens of snake oil salesmen, promising far more than they could ever deliver.

It seems everyone who’s paying any attention knows that the political risk industry is mired in battles that it is by no means guaranteed to win. The reality is that thousands of companies are paying massive sums of money to political risk firms that claim such advanced proprietary analytical techniques as literature majors sitting at a desk Googling all day long. That’s what a business is missing, clearly- a Pushkin expert dissecting the details of complex international sanctions related to financial transactions. The bigger problem is, not every question can be found by Googling, but that’s all most analysts ever do.

Until recently, the political risk industry was only fighting a war on one front- clients finally realizing that they’re paying for mediocre intelligence. Clients are increasingly pushing back on the bad products they’re receiving. They know the potential that the industry has in helping them navigate complex security and business environments, but these firms are not only falling short of their potential, they’re casting doubt on the industry’s value. In addition, with the infusion of inquisitive millennials into their workforces, all of whom expected to find fulfilling, intellectually satisfying careers, but are increasingly ending up disappointed, these political risk firms are facing an internal battle. The political risk industry is now facing a two front war- one from without, waged by dissatisfied clients, and one from within- waged by disappointed analysts.

The political risk industry emerged when businesses seeking to expand abroad realized they were facing a complicated world full of tremendous risks and enormous opportunities. Back then, in the 1980s, those individuals who spoke languages, travelled widely and accumulated vast professional networks were in demand, for the rich insights they could provide. These people had accumulated years of travel experience and sector or political expertise by serving in governments or international organizations, as researchers, practitioners or engineers in lucrative industries such as oil and gas, mining, etc. When they joined political risk practices, they brought their experience with them, and these firms didn’t have to invest very much time or resources in their professional development. Clients generally got good information, allowing them to seize lucrative opportunities, while sidestepping major risks, because the analysts writing their products were experienced, not because they were good at library research.

This was all well and good before the Internet, when specialized information was hard to obtain, and well worth buying from specialized firms. Now, it’s harder for political risk firms to pretend that they hold a monopoly on private intelligence. So to stay relevant, many lobbied for regulations such as “duty of care” and other compliance rules that make it necessary for clients to seek the services of political risk firms. But if they want to be invaluable, if they want to be indispensable, they have to do a good job. But these firms aren’t meeting high standards, largely because of the war they’re fighting internally, against cadres of disappointed analysts who realize that these firms aren’t interested in doing a good job- they just want to make a profit by doing the minimum.

Nowadays, those with significant expertise aren’t staying at political risk firms any longer than necessary to gain some experience and clout. Others, not based in major political risk centers like D.C., NYC and London, face hurdles to entering the industry. Many don’t see the point in joining what they believe to be a doomed industry. Increasingly, they’re starting their own one-man/woman consulting shops- and many aren’t succeeding because it’s hard to be a one-man global expert, especially if they lack the connections to find paying clients. Sadly, anyone with substantial experience sees bigger firms as a stepping stone to their own firm out of necessity, rather than desire. Once they realize that promises of doing “compelling work for interesting clients” means sitting at a desk and Googling all day long, without the expected travel, first-hard experiences or intellectual satisfaction, they believe that they have to go it alone to do things the right way. These companies simply aren’t willing to invest in helping their own analysts hone true analytical skills or expand their first-hand knowledge of locations or industries.

For the most part, the bigger political risk firms are now staffed with recent grads who have little experience, but happen to speak an in-demand language. As a colleague recently told me, most of these firms won’t even consider someone unless they’re fluent in the right language- even if that candidate has years of real experience in politics or in international organizations. Stunningly, a literature major who speaks fluent French is more valuable than someone who worked to draft legislation at the EU. (Interestingly, some now charge upwards of USD 400 per hour for access to grad students doing research on topics of interests to political risk firms’ clients. That’s one way to fund a dream of being a professional student, I suppose.) And not only do these firms hire mediocre or inexperienced analysts, but they avoid investing much time and resources in developing these analysts’ skills, short of a few training sessions here and there. Some analysts stay because they want to get paid. But the best ones, having realized that there is no clear career progression or future for them, decide to move on. A major firm experienced what one person with knowledge of the situation called “an exodus,” having grown tired of the president’s use of analysts as a way to prop up a personal media profile. So clients end up with even worse products, because political risk firms are left with weak analysts, some of whom are focused on making sure their boss sounds good on TV, rather than working on the complex questions that businesses need answered.

As a result, some firms have concluded that political risk will never meet its potential. Many, especially smaller firms for whom major retainers are cost prohibitive, are now seeking bargain analysis. If the products are going to be useless, they reason, why pay more than necessary for them? As long as they can tick the boxes on their compliance checklists, even bad analysis- which no one will read anyway- will suffice. For someone like me, committed to intellectual honesty, that’s hard to swallow. Those who truly need the insights that political risk analysis can offer are looking inward- bringing the capability in-house instead of paying for retainers with the bigger political risk firms. But maintaining an in-house function quickly becomes expensive.

Apparently some people are now realizing that the ways things are being done in the political risk industry actually doesn’t make much sense. And the evidence is in the numbers. The balance sheets of some of the big names that come to mind when you think of “political risk firms” are barely breaking even, or firmly in the red. Some of their financial statements are readily available on the Internet. So now what? Now that the industry is waging a war on two fronts, how does it escape collapse?

I’ve written previously about what we can do to improve the caliber of analysts, but none of the solutions are easy fixes. Millennials are certainly trying to innovate the industry, trying to cut out the bureaucracy and use technology to streamline the process, turning static reports into ever-evolving wikis, creating dynamic simulations or interactive workshops. But companies launched by millennials are facing the same problem most do when they decide to take matters into their own hands- they’re learning that they can’t simply bypass the issues the industry is facing with enthusiasm and a splashy website. Many of the problems that the industry is facing outside of the two front war are major obstacles. These include lack of awareness of the industry among the very firms most likely to benefit from it, and the problems of convincing C-suites to take a gamble on a new provider rather than simply sticking with a long time provider.

If it continues to ignore clients’ complaints and analysts’ grievances, the industry is doomed to fail, because it will simply become a race to the bottom- which companies can do the bare minimum at the lowest price. If that happens, the political risk industry will truly never meet its potential. It’s not like a specialized surgeon who’s the only one qualified to do surgery, and therefore can’t be cast aside.

Political risk is becoming increasingly accessible to the layman, especially laymen who have experience in industries that are highly exposed to political risk, and who can figure out what information to look for and how to analyze it. Like people who realized they didn’t need the Pope to communicate with G-d, clients will realize they can bypass the big political risk firms and simply hire the consultants they need just when they need them. Perhaps the best resolution to the political risk industry’s two front war lies in listening to the ideas of their dissatisfied analysts, and using those as new methods to win back their clients’ trust. It’ll take time and resources, but the political risk industry can either take the risk and revolutionize itself, or be defeated.

This piece originally appeared on MilenaRodban.com on August 7, 2015.

PS21 is a non-national, non-governmental, non-ideological organization. All views expressed are the author’s own. 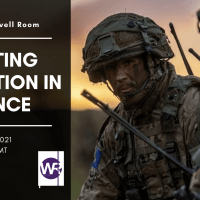 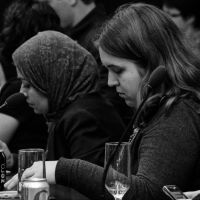