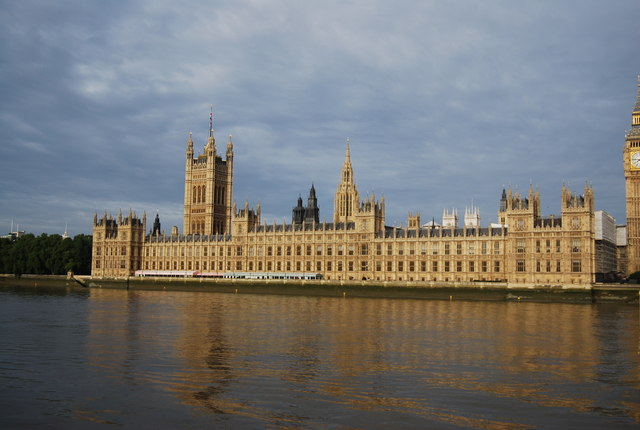 Richard Barrett was formerly Coordinator of the Al Qaeda / Taliban Monitoring Team at the United Nations and a founder member of its Task Force on Counter Terrorism. He is now an adviser on countering violent extremism with The Soufan Group in New York.

Outside the circle of his friends and family there will be few tears shed at the death of Reyaad Khan, a 21 year old from Wales, targeted and killed in Syria by the RAF on 21 August. From being an engaged and articulate youth activist in Cardiff, he subsequently followed what he himself in an earlier interview with The Guardian had hinted was the wrong path by joining the so-called Islamic State. His subsequent boasts on social media, graphically illustrated, suggested his direct involvement in many killings in Syria, some of them by his account quite likely murder.

But his own death was not in response to these actions, it was, as the Prime Minister told Parliament on Monday, because he presented a threat to the lives and security of British citizens in Britain. His targeted assassination was a counter-terrorist measure, taken because there was no other available way to prevent an imminent threat.

His killing brings into focus many aspects of the British response to the terrorist threat, and in particular to the challenges presented by the Islamic State. Perhaps the first question is why Reyaad Khan joined the Islamic State in the first place. The most recent official estimate of the number of UK citizens who have done the same is 700. Not a huge number compared to the many thousands who have made the journey from Arab States, but nonetheless a significant one when considering the opportunities and alternatives that exist in the UK and the lack of them in the Arab World.

Reyaad Khan did not appear to be someone easily duped into thinking that the Islamic State would somehow provide a life of fairness, respect and opportunity for all that has so eluded society in the thousands of years of its evolution. Nonetheless, he appears to have thought it would offer him a better chance of a good life than his own community in Wales. That is surely something that should give the Prime Minister pause for thought.

There have been many attempts by the UK and other Western governments to understand and counter the drivers of terrorism, and the UK is generally regarded in the West as being at the forefront of these efforts. But in the area of more public politics, the UK, like its Western counterparts, shows a muddled and inconsistent approach to international terrorism, unanchored in any coherent strategy.

In particular, like the US, the UK has no policy for dealing with the mess of Syria, and it will not be a British initiative that finds the tortuous way through regional and international politics that leads to the restoration of some measure of stability in the Middle East. In addressing the threat posed by the Islamic State, the role of a few manned and unmanned aircraft operated by the RAF is neither here nor there in terms of impact when matched against the overall US effort. Its value is almost purely symbolic and the British engagement has a lot more to do with domestic politics and the transatlantic alliance than with effective counter terrorism.

But the strike against Reyaad Khan raises new issues. The UK is not at war in Syria, either on the side of Assad or in partnership with his opponents. Government views are clear, but legally it continues to regard Syria as one State ruled by the government in Damascus. The Prime Minister assured Parliament that the act was considered legal, and that the National Security Council had agreed that it was necessary in terms of self-defence. It will be interesting to see the explanation that the UK is obliged to put before the United Nations in this regard. Khan was accused of plotting to attack public ceremonies in the UK over the summer, but he was killed on 21 August by which time all these ceremonies had passed off without incident. The Prime Minister mentioned that six attacks had been thwarted, but either Khan was not involved, or they were stopped without the need for his death. It is clear that there is much more to all this than is publically available right now.

Beyond the legality and necessity of the action, there is the simple question of whether it was the right thing to do. In combatting terrorism, it is easy to think that the rules must change, that somehow what we are fighting against is more important than what we are fighting for. In the longer term, this is not the route to success, and certainly we cannot kill our way out of the problem. Furthermore, it plays to the narrative of the terrorists. No doubt the evidence of Khan’s intent was compelling, but it was still evidence, not proof as judged by a court. This is even more important because if the 21 year-old Khan was so effectively directing plots against the UK as to deserve his death, then this signals a new phase for the Islamic State. So far, it has overtly encouraged its supporters to attack in their home countries, but only if they cannot travel to join the State itself. Attacks have therefore been self-generated by the perpetrators rather than planned in Syria or Iraq with the despatch from there of operatives after training in the manner of its rival al-Qaeda. Interestingly, Khan himself appeared in an Islamic State video urging people to travel to Syria.

The Prime Minister’s announcement of the death of Khan was met by that typical parliamentary bray of support that fortunately is heard nowhere else in public life. It was an immediate and unconsidered reaction by backbenchers who had presumably no advanced knowledge of the announcement, nor any deep thoughts about its consequences. This knee-jerk reaction of ‘serves-him-right’ is likely to be mirrored widely through the British public at large; it is an easy headline and a very understandable way to deal with fear. But society needs a deeper examination of this event; it raises too many important questions merely to be put down to inevitable – and justifiable – mission creep. A British citizen has been killed by the British state, outside British jurisdiction, on suspicion of plotting harm to the UK. This is surely a precedent that needs much public and judicial debate.

This article originally appeared on the Financial Times website on September 14, 2015.

PS21 is a non-national, non-partisan, non-governmental organization. All views expressed are the author’s own.