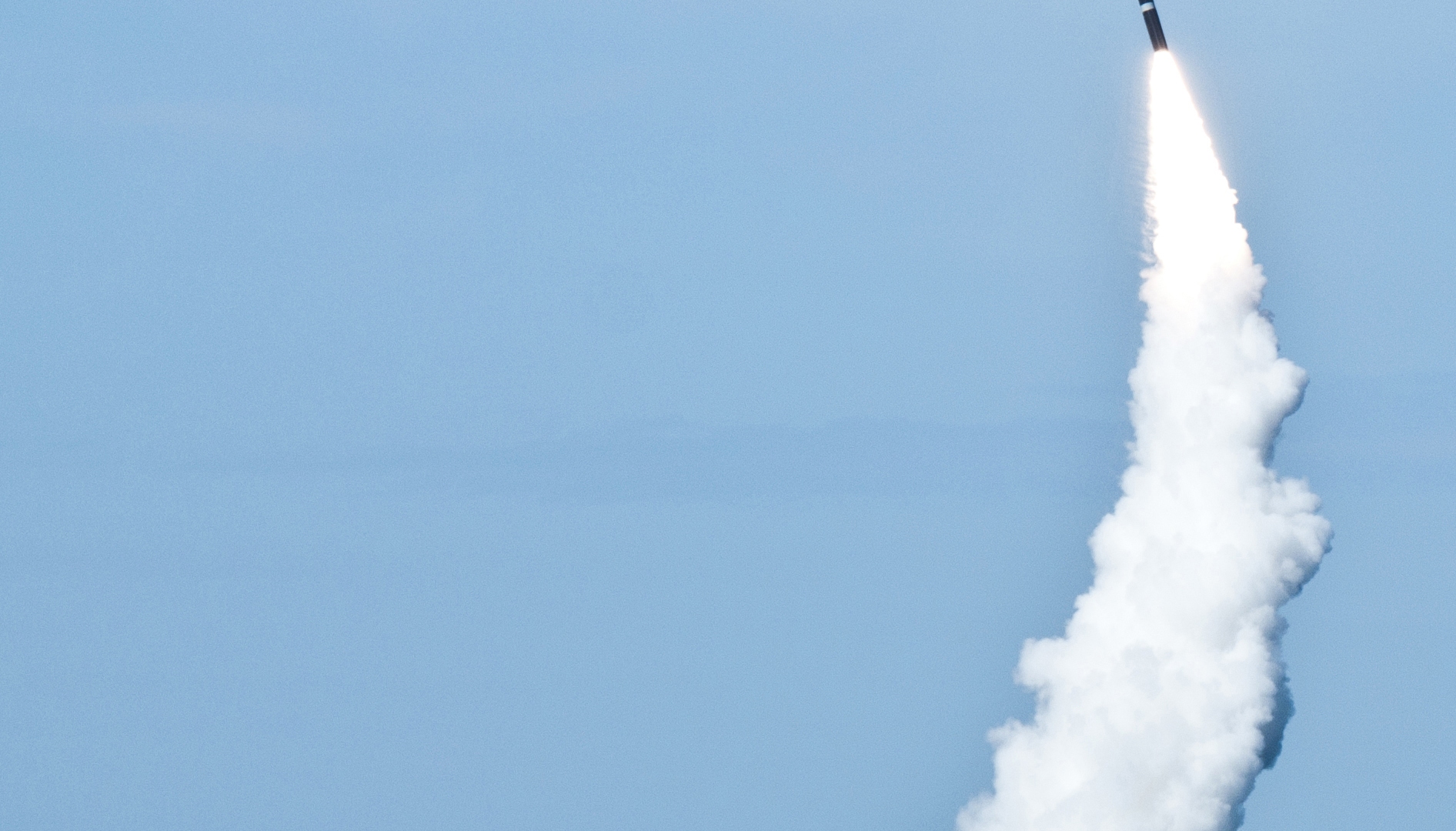 Peter Apps is Reuters global defence correspondent. He is currently on sabbatical as executive director of the Project for Study of the 21st Century (PS21).

On Sunday, November 28, Californians watched with bemusement and in some cases alarm as a bright light moved across the sky. It wasn’t a UFO. It was a U.S. Navy Trident ballistic missile.

It was, of course, just a test — the first of two in three days. They coincided with tough talk from U.S. Secretary of Defense Ashton Carter, who earlier that month had criticized Russia for engaging in “challenging activities” at sea and air, in space and cyberspace. Days earlier, he had been in the South China Sea aboard an aircraft carrier, sending a similarly robust message to China about its actions in the disputed region.

I was eight years old when the Berlin Wall fell in 1989. No sooner had I become even barely aware of the threat of nuclear war than it was gone, apparently forever.

Now, however, it has quietly returned.

The Project for Study of the 21st Century recently published its survey of major conflict risk. Over six months, we polled 50 national security experts on the risk of a variety of potential wars.

The results make interesting reading. The most striking thing, though, is not the numbers themselves — it is the fact that there now seem to be multiple potential routes to a variety of potentially devastating state-on-state wars.

Our poll showed the experts — who ranged from current and former military officials to international relations professors and insurance and risk specialists — putting a 6.8 percent chance on a major nuclear war in the next 20 years killing more people than World War Two. That conflict killed roughly 80,000,000 at upper estimates.

To be sure, it’s impossible to put an exact number on the risk of a nuclear war. But the risk is clearly more than zero. Sixty percent of our respondents felt it had risen over the last decade — and 52 percent expected it to rise further in the decade to come.

The increasing confrontations with China and Russia have, of course, become increasingly obvious. Of our respondents, 80 percent said they expected a further rise in the kind of “ambiguous” or “asymmetric” conflict between major states.

Much of the point of that kind of activity, of course, is to avoid the kind of devastating direct conflict that no one can afford. The macho posturing of warships in the South China Sea, jets in the Baltic and hackers in cyberspace is usually designed to be bloodless.

Should things go wrong, however, the world could see bloodshed on a previously unimaginable level.

The most likely major states to fight, the PS21 survey panel concluded, were India and Pakistan. The likelihood of their military forces coming into direct conflict with each other over the next 20 years was estimated at 40 percent.

That’s hardly surprising — the two countries have fought several border wars in recent decades, mainly along the line of control in Kashmir, without escalating to nuclear force. On average, our analysts saw the risk of a nuclear exchange at 9 percent — considerably lower than the likelihood of direct conflict, but still alarmingly high.

Neither country, of course, has anything to gain from such an outcome. The risk, though, is of events spiraling out of control — a militant attack in India, for example, sparking a military response that provokes an ever-escalating response.

Despite this year’s nuclear deal, our experts saw a 27 percent chance Iran would end up in a shooting war with its enemies, be that the United States, Israel, the Gulf States or all. On average, they saw a 6 percent chance of such a war including at least one nuclear detonation.

They put the risk of a nuclear war involving North Korea at 6 percent, with a 17 percent chance of broader conflict.

The real shift of the last decade, though, has been the emergence of a much more assertive China and Russia. The former had been long expected — but the latter has taken defense experts largely by surprise.

Overall, our panel estimated the risk of the North Atlantic Treaty Organization fighting Russia in at least a limited military confrontation at 22 percent. That compared to only a 17 percent chance of U.S. and Chinese forces fighting (as well as a slightly higher 19 percent chance of Japan and China doing the same).

The risk of nuclear release involving Russia was seen at 4 percent, twice that of a U.S.-China exchange.

Perhaps that shouldn’t be surprising. The United States and China, after all, are not just military powers, but major economic powers that ultimately both benefit from a globalized, successful world. Russia, on the other hand, really only has its military strength — and particularly its nuclear capability — to flex when it wishes to demonstrate superpower status.

After a generation in which major European war was simply never thought possible, it’s worth remembering the continent is still home to more than half the world’s nuclear weapons.

And yet, amid such apocalyptic talk,  our survey shows that all of these conflicts remain on balance unlikely, often very unlikely.

At one of our events earlier this year, Harvard geopolitics expert Professor Joseph Nye pointed out that nuclear weapons have so far acted to avert war by functioning as a brutally effective “crystal ball.” What their existence meant, he said, was that national leaders knew what the consequences of going over the edge would be — complete and utter destruction and a war which everyone would lose.

Had the leaders of Europe experienced such clarity before World War One, he suggested, they could well have stepped back from the brink. And sure enough, it’s true that we have avoided such conflicts in the era of “mutually assured destruction.”

The modern great power confrontations, though, lack some of the certainties of that era. In Cold War Europe, for example, it was always assumed that the outbreak of conventional war would inevitably and quickly go nuclear. That was one of the reasons it never started.

Our results show a growing belief that some limited conventional conflict could be sustained without crossing the threshold. Our respondents may be right — but any period in which nuclear powers are fighting, even conventionally, would be terrifying.

The truth is, of course, that the heightened geopolitical temperature is already costing lives — contributing to the 28 percent year-on-year in death tolls in the world’s bloodiest wars.

In September, the United Nations reported that almost 8,000 people had died in Ukraine since fighting started just over a year earlier. They include the 298 passengers and crew of Malaysia Airlines flight MH17, blasted from the sky as it made its way between Amsterdam and Kuala Lumpur.

Russia and the West are now effectively on different sides in Syria — albeit theoretically allied against Islamic State as they back government and opposition forces, respectively. It’s hard not to conclude that their involvement will end up lengthening the five-year conflict — another possible reason so many Syrians want to leave.

As in the Cold War, the worst-case scenarios might be averted. Even if they are, though, some people are going to die. They already have.

This article first appeared on Reuters on December 20th, 2015.