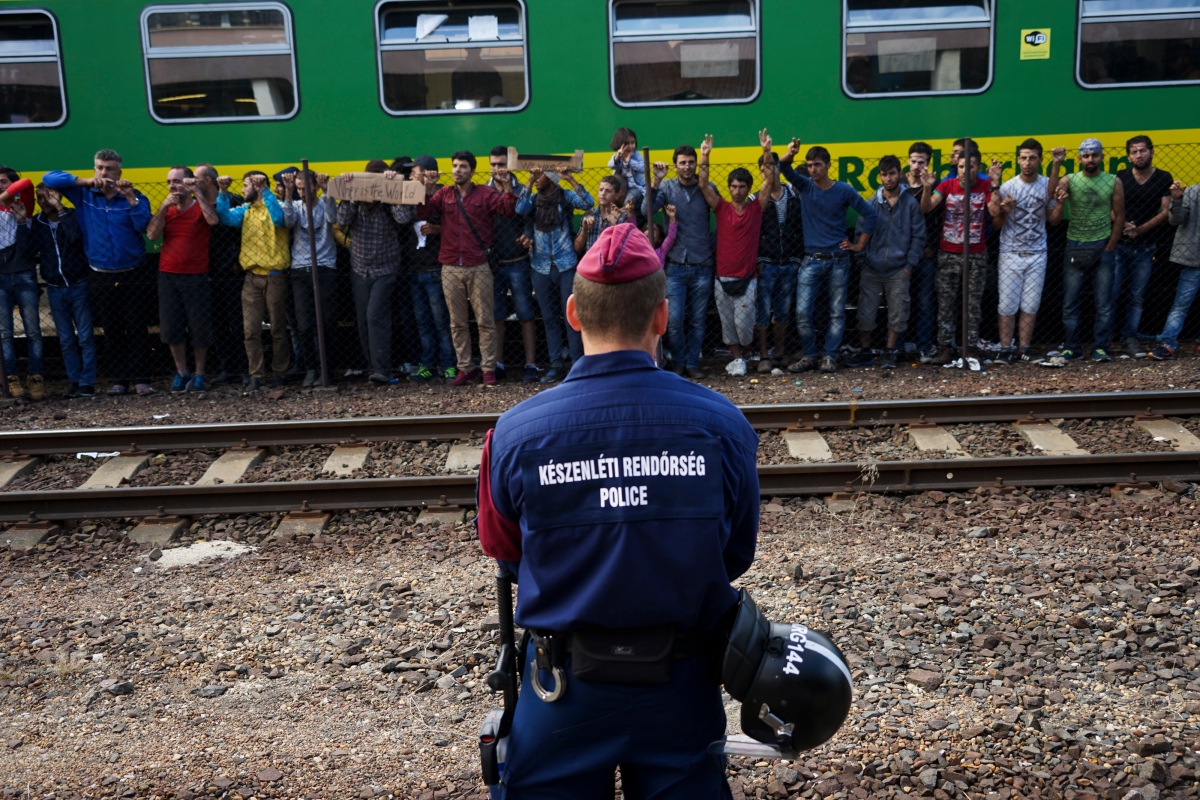 Peter Apps is Reuters global defence correspondent. He is currently on sabbatical as executive director of the Project for Study of the 21st Century (PS21).

For years, skeptics warned of multiple threats to the European project. The strains of the single currency, they said, would rip it apart. Excessive regulation was another concern, along with lack of democratic accountability. Some felt Europe’s different peoples were just too different.

The reality, of course, has turned out to be much less complex. As real estate brokers say, it’s all about location. Europe is, quite simply, in the wrong place at the wrong time. And the consequences may rip it apart.

If the escalating migration crisis of the last year has shown anything, it is that geography really, really matters. The Middle East — or more accurately, a handful of countries within it — is on fire. Many people who live there quite reasonably want to leave. And mainland Europe is the closest, richest and safest place for them to go.

At the same time, tens of thousands are also leaving often much more stable countries in Africa, heading north in the hope of better opportunity.

Some countries — particularly the United States, Australia and Canada, and to a lesser extent Britain — have the advantage of distance. Getting there is hard. America and Australia sit behind vast oceans that allow them to pick and choose who can legally cross their borders. Potential migrants can be made to wait 40 years if necessary, while their paperwork is processed. Even the English Channel — a mere 26 miles wide — is remarkably difficult to swim, as more than a few migrants have discovered. And small boats to help the journey — and the necessarily corrupt crews to man them — are much less available than in the Mediterranean.

Mainland Europe, though, is stuck. It cannot find a moral reason to stop people arriving because one does not exist. “Keeping Europe’s riches for Europe” is an understandable sentiment, but not particularly inspiring. Nor is it going to be easy or even possible to erect enough fences to stop migrants. And the speed with which new migrants arrive — particularly once spring comes to the Mediterranean — makes immediate integration impossible and politically divisive problems inevitable.

Largely as a result, it’s a toxic time to be a leader. For now, German Chancellor Angela Merkel remains the linchpin of the continent. Her position, though, now looks far more assailable; some analysts believe she could fall within the year. Today, in almost every country, political elites look much less capable of handling worsening problems — even if French elections showed far-right extremists making significantly fewer gains than many had feared.

Strains are inevitably building — with events such as the Paris attacks and New Year’s Eve assaults in Cologne adding fuel to the fire. Only a tiny minority of migrants might be militants or other troublemakers, but with such great numbers arriving, incidents are inevitable and so is the backlash.

Several countries have taken the once unthinkable step of effectively suspending the Schengen Agreement allowing borderless movement within Europe. Austria recently announced it was imposing unilateral limits on the number of asylum seekers it would take. Several other countries including Germany, Hungary and Sweden have also imposed additional controls.

For Mediterranean countries — particularly Greece and Italy — that means pulling people from the waves at considerable expense, and then nudging them on to wealthier northern countries more able to absorb them. For Germany, it means trying to take enough migrants to make the moral case for other countries to do their fair share. For Britain and the United States, it means sitting behind their coastlines, picking and choosing the refugees they want while condemning everyone else for not doing more — a somewhat hypocritical approach, however many refugees they ultimately allow in.

This year Britain faces a referendum on whether or not it will stay in the European Union. For now, the best argument for staying is that by doing so, Britain has a better chance of influencing events. The worse things get, however, the more likely a “no” vote will become.

Merkel’s decision last year to promise asylum to any Syrians who could reach Germany now looks like an error that might be encouraging some of the flood. By the same token, then, the more potential migrants believe Europe will shut its doors, the more sense it makes to for them to move now.

As more migrants arrive, it’s hardly surprising that some Europeans are asking what right they have to the welfare systems they did nothing to build. It’s a dangerous argument, though. Those arriving from Middle East conflict zones might equally complain that Western foreign policy helped create the wars they flee — although arguably, the mainland European countries bearing the brunt of the crisis are less to blame.

Stabilizing the Middle East, of course, would reduce the pressure on Europe. What is most striking about the current crisis, however, is that the conflict-affected countries providing the bulk of the migrants — Syria, Iraq and Afghanistan in particular — are precisely those where Washington and its allies have exerted the greatest effort in recent years trying to create stability.

Europe is still, it’s worth remembering, one of the world’s best places to live when it comes to life expectancy, rights and access to benefits. Its institutions — particularly the EU and NATO — have kept the peace of a previously ludicrously violent continent for more than seven decades. As long as that remains the case, then, that stability will be part of the problem — the reason why so many people in the rest of the world want to get there.

That stability, however, is not guaranteed. The 1930s remind us of just how unpleasant the continent can become when populism and xenophobia run rampant. And even without that, the resurgence of Cold War-style strains with Russia mean state-on-state war in Eastern Europe is once again not entirely unthinkable.

One thing is for sure, though — history isn’t quite done with Europe yet. And the years to come may well be as tough as anything in recent memory.

This article first appeared in Reuters on January 25, 2016.