Peter Apps, Routers Global Affairs Columnist and Executive Director of PS21, opened the event by welcoming the audience and suggested the 21st Century had been defined by crises; 9/11, Leman Brothers and the global financial crash – as well as a broader crisis in global confidence and institutions.

John Basset, former senior GCHQ official and a co-founder of PS21, spoke first. Due to his connections to the UK intelligence services, he first stated that his views on contemporary crises in no way reflected that of the government or British institutions. He said that during his time at GCHQ, the organisation had an ‘unhealthy’ number of potential crises on its watch list. These included dangerous individuals, groups or volatile situations. Basset argued most crises included 3 common factors – fear, chaos and uncertainty.

He presented a model for crisis prediction that involves asking three questions, these being; ‘Who wants to create a crisis?’, ‘do they have the means to achieve their goals?’ and ‘how large of a crisis would their actions create?’. Basset argued that this methodology should help prevent terror and violence related crisis. Dealing with crises had essentially become the new normal for government, he said.

Mike Dolan, Investment Editor at Thomson Reuters said he vividly remembers covering his fair share of crises. He then spoke about crisis in the context of banking, explaining that it is a term used frequently in the financial world. Dolan argued that while crises were unpredictable by definition, the warning signs where often visible for years – often ignored, as with the 2008 financial crisis, because they do not fit the financial narrative of the era.

Financial crises often follow the old fashion definition ‘medial crises’, he said, being the turning point of a disease where a change takes place, either recovery or death. This was particularly true of the 2008 crisis, he said, when the global banking system came perilously close to collapse. The measures taken to avoid such collapse tended to themselves to create a new normal, he said – but that governments, companies and other institutions, would still often miss the next crisis brewing.

Abigail Watson, Senior Research Officer at Remote Warfare Programme, spoke third. Watson started by speaking about her time studying the phenomenon of ‘remote warfare’, a form of conflict that the west is engaging in places like Iraq, Libya and Afghanistan. This type of engagement involves the West working alongside local and regional forces, deploying special forces, and relying on airpower instead of deploying large numbers of their own troops. She argued that this type of conflict, lacks parliamentary and public oversight and while such tactics had frequently proved effective – for example against ISIS – she warned they could also lead to the US and its allies sleepwalking into new crises, and conflicts.

Dr Colin Brown, Infectious disease specialist and consultant for Public Health England, followed. Dr Brown spoke about his experience with the Ebola outbreak in Sierra Leone in 2014. A largely unforeseen but deadly crisis. Dr Brown explained that the ferocity of the outbreak took experts by surprise. Ebola was previously considered too deadly to spread rapidly, as it often kills its host without providing many opportunities to infect others. Dr Brown pointed out that mass transport and interconnectivity has created an environment where Ebola could spread quickly, despite its lethality.

Dr Brown said political issues could prevent such epidemics from being quickly contained, and how during the Ebola outbreak Sierra Leone’s geopolitical situation with its neighbours prevented co-operation in solving the problem. A government’s bureaucratic nature can also delay immediate response to a medical crisis. Looking forward, Dr Brown predicted that a respiratory virus, such as flu, pose the biggest risk in the contemporary world. He also said that increasing immunity to antibiotics, was a pending crisis that needs to be addressed.

Samantha Asumadu, documentary filmmaker and founder of Media Diversified, spoke fifth. Asumadu started by highlighting the lack of panel conversation on a crisis which she believed was a amongst the world’s most pressing problem; the civil war in Yemen. Given the severity of the humanitarian situation (a crisis in which a reported 10 million Yemenis rist losing amenities such as food and water) Asumadu said the UK’s was heavily implicated in Saudi Arabia actions, which she stated has the goal of ‘turning Yemen into a carpark’. Samantha pointed to Western weapon sales to Yemen, trading which she claims is exacerbating the situation.

Asumadu then related her own experiences as a reporter covering conflict and atrocity in Africa, accusing mainstream Western media or minimising both crises and alternative voices. As well as reading from a memoir she was writing, she also talked of her broader experience pointed to a wider crisis of accountability and representation in the UK. She in particular sited her recent experience in working on a construction site, which highlighted a range of gender, race and class disparities.

Dr David Rubens MD of Deltar Training Services Ltd and expert in crisis management, spoke last. Rubens argued most crises were created by deficits in common amenities, such as food, housing and security. Rubens theorised that cities, due to complexity, are most susceptible to crisis – effectively only a few missed meals away from collapse. He continued by pointing out how the worlds largest cities are almost entirely costal, and as such are under direct threat from global warming and rising see levels – as well as infrastructure failing, such as water or power shortages.

Rubens then moved on to how one should manage crises in the contemporary world, as taken from his own experience. Rubens explained the difficultly of managing crises because of their unpredictable nature. Stating that as every crisis tends to be different, we do not have the luxury of leaning on past experiences. He also explored how communication failures are a hallmark of crises, explaining that there is no right answer for their management. Rubens concluded that bad management of crises are frequently because the managing party was ‘overwhelmed’ by the experience, a fault that Rubens placed on a ‘lack of imagination’ in crises management. 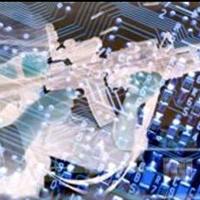