Having spent over a decade reporting overseas for the Daily Telegraph, Peter Foster has watched the UK’s clout being steadily challenged by a changing world – its influence and power forced down the “pecking order” of world affairs. In ‘Facing Facts – Is Britain’s Power Diminishing?’, Foster presents a series of compelling encounters and case studies that ask Brits to decide what they really want their country to be. With the EU referendum due to take place in 2016, it’s a book everyone from average Joes to top-level policy makers can’t pass up on. 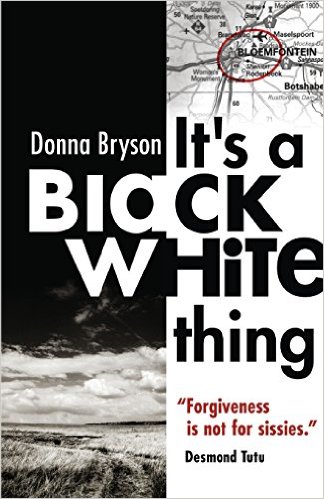 PS21 is delighted to announce that Global Fellow Donna Bryson has received the coveted National Federation of Press Women Award for her book It’s a Black White Thing.

In 2008, the University of the Free State was thrust into the international spotlight when the racist Reitz video became public. Have South Africans changed in any significant way since 1994, or are black and white still constrained by racial stereotypes? This is the question American-born Donna Bryson asks herself as she goes to investigate the tensions on the UFS campus. On the UFS campus, black and white have had to learn to live together, but this has not always been easy.

It’s a Black White Thing is available on Amazon here (US) or here (UK).

Late last month, author and PS21 global fellow Linda Tirado participated in a panel discussion titled Organizing in the 21st Century at the 2015 Virginia Festival of the Book. Drawing from her own lived experience, she discussed the issues that affect low-income and working-class communities and the intersection of race and class.
“People frequently see trees and not forest. So when we’re talking about what is left to do, we talk about these issuoes separately. We talk about racism, we talk about classism, we talk about sexism. Well, I worked as a bartender. So tell me how to separate my wage from my sexual harassment. I work on poverty issues and we know that the more melanin you have in your skin, the more work you have to do to get to the exact same place that I did. And I was barely surviving. So tell me how we separate race and class.
[…] A lot of my work is just telling people: hey, these things intersect here. And you’re not paying attention to one, and you can’t solve one without a holistic look at all of the others. For me I would say the bulk of my work is reminding people that I don’t care how much your life sucks — you still have it better than somebody else, and you still have it worse than somebody else.
The question isn’t ‘how do we make my life better,’ ‘how do we make your life better.’ The question is: how do we make it better so that nobody has an awful life in this country, the wealthiest country in the world? Why is it that half of our workers don’t know how much money they’re going to make next week? What does that say about us as a society?”
You can watch the full panel discussion here. Linda tweets: @KillerMartinis

Published in October 2014, “Before Ebola” was the first of what should be be a series of 10-30,000 word Kindles Singles to be published with Amazon.com. Some will be — like this — powerful personal narratives on major issues and trends. Others will be reportage and analysis. All well, my first, aim to tell some of the greatest and most important stories of the 21st century in readable and accessible ways.

The haunting firsthand account of the deadliest Marburg outbreak in history. The year is 2005. A highly infectious, unidentified Ebola-like virus is sweeping through the slums and villages of northern Angola. Within months, more than 200 people have died, medical services have collapsed and aid workers are on the brink of exhaustion. At 23, Peter Apps was just starting out as a foreign correspondent when Reuters sent him into the heart of the outbreak to get the story. In “Before Ebola: Dispatches from a Deadly Outbreak” Apps recalls in vivid, unflinching detail the horrors of life in a hot zone, the compassion of those trying to contain it, and how a terrified young journalist came of age in a time of almost unbearable crisis.

Peter Apps is a global defense correspondent for Reuters news, currently dividing his time between London and Washington, D.C. In September 2006, Apps broke his neck in a minibus crash while covering the Sri Lankan civil war, leaving him largely paralyzed from the shoulders down.